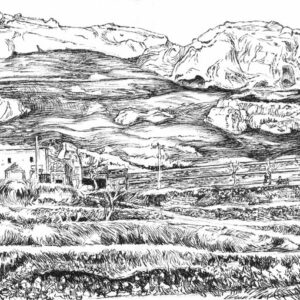 Kef Kalesi, Adilcevaz, Van c1500 BCE Ulu Camii c1300 CE-©2016 TriciVenola— This majestic ruin of an ancient city permits an entire mountain rising at the edge of Lake Van. Archeologists have removed ancient artifacts to the museum in Van. Each terrace held houses, and the rooftops of one level were the balconies of the next. At right, you can see fragments of old stonework, traces of huge arches and passages. At centre is Ulu Camii, a 700 year old mosque with a modern glass minaret. Sheep graze below what must have been the fortress an entire village. 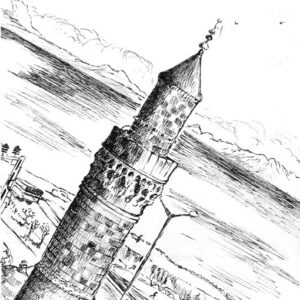 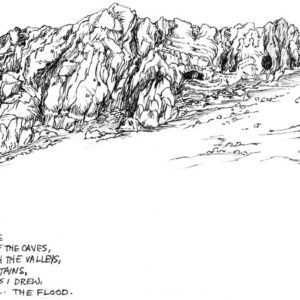 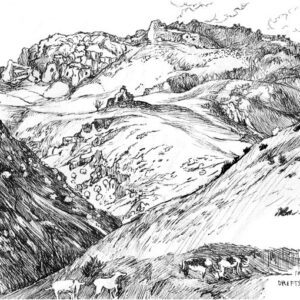